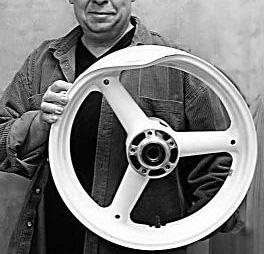 Versioning is probably the hottest area of reinventing a better wheel.

Do we really need a single versioning scheme? My answer is simple. Every company should strive towards unified processes. It makes people more interchangeable, avoids duplicate work and creates systems. Ultimately systems win, not individuals. A system can be derived from healthy competition of ideas and implementations, but once things are stable and everybody is entrenched in their ways, it is good to stir the pot, get people talking and standardize on one single method.

We have roughly 4 development teams, about ten subprojects with 7 versioning schemes. Trying to get everyone on a single one is a challenge and needs to be approached with care. I created a presentation entitled _ “Product Versioning: or how management tells you to change something for no reason” _and spent a lot of time convincing people not that my versioning scheme is the best, but that we need a single one. I’ve used the following arguments.

It starts with conflicting _requirements _between various parts of the organization.

Engineering usually has conflicting requirements from product management and marketing. For example, on Windows the first three digits of the version matter for Windows installer and all the three parts must be numbers. But marketing likes versions like 2008.1 or Gold Edition. Hence, _ offer marketing the opportunity to set any version they like _, one that has nothing to do with the engineering version. It’s often as easy as adding text in the right places and managing it centrally.

Different engineers from various schools of thought usually have conflicting requirements. One of the managers who works for me believes that a build should be promoted to the test team and so a digit in the version must represent an auto-incremented number of builds promoted. Another manager thinks that the build number should be date-based, derived from the current year, month and day. The third manager agrees, but wants to use the Jewish calendar which creates more boundary problems. There’s only one conclusion possible: _ a single person must make this decision _ and that person will not be liked. That’s my job!

Before setting a versioning scheme I must outline several ingredients of successful versioning.

Out of all conversations and options I’ve picked the following 4-digit scheme.

We use MSBuild Community Tasks to generate the version number.

And the version.rc file to include in every other .rc file.

The same template idea applies to all kinds of targets. For example, the doxygen documentation.

The major and minor version (property version.majorminor) are stored in the version.properties file. The file is included in the ant build script.

The following code fragment gets the svn revision of the current directory.

Finally, the auto-incremented build number is generated with the following tag (which should be run once per build, somewhere in initialization).

This sets the build.number property. The build files may then use the version.full property, created in the following way.

CruiseControl supports the concept of build publishers and labellers that work together to pickup built artifacts and deposit then in a destination folder. With my versioning scheme it’s easy to create matching folder names and build numbers. None of the built-in CruiseControl.NET labellers fully support our versioning scheme but there is a Google code project available that implements an SVN Revision Labeller that works nicely with this versioning. To install this plug-in, just download the latest version of SvnRevisionLabeller plugin, unzip it and drop ccnet.SvnRevisionLabeller.dll into your CruiseControl.NET server directory (for example, C:\Program Files\CruiseControl.NET\server).

Now you can add the SVN version labeller to your CruiseControl config file. Here’s a sample config file:

We also unit test versions. We want to make sure that all our binaries are properly versioned. The following NUnit test works for both .NET assemblies and Windows native binaries.

Incrementing the major or minor build number is done during branching. The only place to do it is the MSBuild project file or the ANT properties file. There’re no other manual steps, ever.

Another great thing about this versioning scheme is that we can now build with CruiseControl on a trigger. Every check-in can generate a build. We don’t do daily scheduled builds any more. This is truly agile, continuous integration.