I am going to say nice things about Oracle software. Brace yourself.

I got a bit tired of fighting Rails on Windows. As someone in the office mentioned, I must be the second biggest user of Rails on Windows, out of a total of two. So late Thursday night I decided to experiment with Ubuntu and installed it with Wubi. I haven’t run a Linux on a desktop years, so I was pretty impressed, at least till about point number 5.

Overall this was a good experience turned real sour, real fast. But I still needed a better Rails environment, I wanted a Linux experience on my Windows. So I tried again, but this time vice-versa: VirtualBox on Windows 7 and Linux running as a VM. VirtualBox on Windows supports Seamless Mode the same way, which means I can have my Linux tools running inside Windows without having to switch anything! Amazing.

Here’s how it looks. 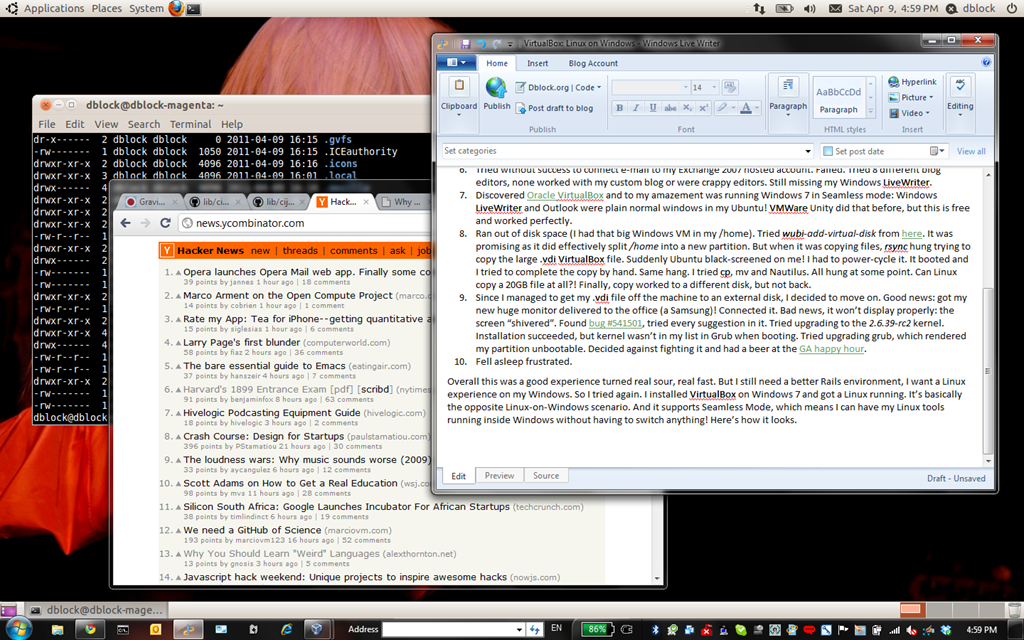 See that shell window in the back, that’s Ubuntu. And my Windows LiveWriter window is Windows. Pretty awesome!