This is somewhat a continuation of the unexpectedly popular story of my commute.

A couple of my friends have been interviewing in New York for the last ten years. They are solid engineers from Seattle or the Silicon Valley. They often get offers, but never take them. Hiring managers would say that they are using the interviews as a way to come to New York for free. But the real problem is the combination of unreasonable expectations around compensation mixed with preconceived notions about cost of living in New York. This post should help you get rid of those.

As a software engineer you’re very privileged. You will always have a job in any city, state or country. Even if you suck, there will always be someone to hire you because the market of software engineers is hot and the numbers play in your favor. So there, unless you’re nearing retirement, you have job security – take some risks. 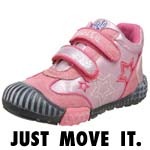 New York is an incredible place to grow up, live and retire. It’s a dense city of millions of people with the best theatres and museums. You’ll hear ten different languages spoken at any playground. Beautiful people, physically and intellectually, surround you. One can easily choose to be anonymous here or compete for a place amongst those that aspire for greatness. I’ve lived in Russia, Europe, the Pacific Northwest and New York is the place where I feel truly at home. If your goal is to move to New York, you should find the best offer for you and just move.

I made a decision to move from Seattle to New York, picked a date to move and resigned from Microsoft in 2004. I made sure to have a month or two to look for work remotely and was introduced to two recruiters. I got several offers that were quite representative of New York’s software scene, ranging from 125K$ to 180K$ in base salary with titles like “Director of Engineering”, “Senior Software Engineer”, “Trader’s Bitch” and “Fortran Slave”. There were very few software options and a lot of offers in the financial sector.

In retrospect, that was a slightly skewed view. There’re plenty of pure software jobs in New York, but you mostly need to be here to find out and give yourself at least a month to explore the landscape. I got a great offer from a technology startup and took it, but many people I know end up discovering many more possibilities quickly after they move and get disappointed by the choices they made. It’s best to move first if you can afford it or at least visit for a month and try to find a job locally.

What job to take? We’ve established that you want to move, and that’s your #1 priority. You’ll compromise somewhere with the job offer you’ll take, but you have already moved or are in the process of moving. New York hiring managers love to hear that you just moved – they think you’re a rare fish that just landed in this ocean and they have to work harder to catch you.

Figure out what’s important to you.

I am totally not kidding about number 4.

I think what makes New York an incredible technology scene today is the surging number of technology startups with that include bit.ly, 10gen or Foursquare. The list is pretty long, check out nytm.org/made.

These names are attracting incredible engineering talent. People are saying that now is the time to quit and stop being high on money. If you want to work with the smartest and coolest people in the room on super exciting technology that’s defining the future, combined with an unprecedented level of freedom, the time is now. You’ll have to press the reset button and convince a startup that they should give you a chance. While I didn’t work in the financial sector, I pressed the reset button in March and am not looking back.

The way many startup companies think about compensation is very different. There’re no bonuses or structured increases. The CEOs place a total compensation number on your head that is calculated based on what value you bring to the company right now and the company’s current valuation. This usually means that you will make little actual money in an early stage startup with a lot of equity vs. reasonable cash in a late stage startup and less equity.

The idea that startups would sacrifice much needed working capital because they are dying to hire you is generally false. Startups pay a lot less in cash and give back in many other ways that increase your happiness.

If you’re moving, you might just want money. Hedge funds and banks will gladly throw tons of cash at you. Unfortunately many have different numbers behind the phrase “tons of cash”. A friend of mine has a 5MM$ house in Seattle suburbs, you can imagine what “tons” means to him!

A rule of thumb is that salaries above 200K$ don’t exist and that an engineer can expect to make the usual range of 60K$ to about 140K$ depending on your level of experience. The financial sector has huge bonus potential, but then you might want to read this. IMHO, if you just need a great salary right now, working for a financial firm may just be the right thing for you. When that bonus lands you’ll be happy as a cat getting dry chicken treats.

The idea that cost of living or the fact that there’s city and state tax in New York somehow means that people pay higher salaries is false. You make the same, which really means you make less.

There’re plenty of well-established New York-based software companies that pay decent amounts of money and have some upside such as stock options. These businesses have a real chance of being bought, are currently producing demonstrable revenue and have a well oiled systems. I think that this is perfect for “quiet professionals” or for engineers that want to work with or for such people. You build actual software.

The idea that New York doesn’t produce any real software is simply false.

Drinking happens in New York every day, except Saturday. On Saturday people try to hide as those people that only go out on week-ends take over. Life resumes on Sunday night. Bars are open till 4AM and you’ll find a new adventure every day if that’s what you want. If you work for a media and entertainment company you might get to attend a lot of events that have paid open-bar, pretty people and celebrities. Think TV broadcasters, magazines or online properties. A lot of them hire agencies to do real work, but always have plenty of internal roles that deal with external people.

The idea that you can party in New York every day is generally true. You’ll just have to work on fighting the need to sleep and be very social.

You will pay 500$ to live with roommates in a crappy apartment and 1000$ to live with roommates in a nice place. You can have your own place in Manhattan for 2K$ and down to 800$ far away in Brooklyn. There’s also everything in between. You generally have to pay a month of rent to a broker to find a good place and have a good credit report. While rents have calmed down a bit here, it can definitely be a shocker for anyone moving from Seattle-type rents where my 1200 sqft loft was $1300. Either case it’s 10K$ a year more than whatever you’re paying now, which is not that astronomical, from which you can deduct the cost of your car, if you have one. You might even spend less!

The cool part about the New York rent is that it feels so high that once you paid it, drinking and eating money becomes pocket change. You’ll start believing that you have a lot of money as the rest of living in the city, excluding bottle service at Marquis night club, is quite cheap.

The idea that New York cost of living is much higher is just false. You can sacrifice a bit of space and maybe the location and pay the same amount as you’re paying now.

If you have kids, you must think of moving into an area which has the right school for your child. Private school tuitions are astronomical - some Manhattan pre-nurseries, for example, charge 30K$ a year. This is because there’re a lot of very rich people that can pay any amount for their kids to go to the right school. Don’t try to compete with them. There’s a good public school system, but you must be zoned for the right school. In fact, most people rent and move places because of schools.

The idea that all of New York lives the life of the kids in Gossip Girl is simply hilarious. In general, neither children, nor their parents have personal limo drivers.

Of course this is an interested post: we are hiring at art.sy. We are at the amazing GeneralAssemb.ly office space in Union Square and definitely fall into that “craftsmanship” category. If you like what you read, don’t hesitate to drop me a note at dblock[at]dblock[dot]org. And if a startup is too much for your stomach, I’d be more than happy to introduce you to a good recruiter that knows about all tech jobs in the city and is not a sweatshop and will treat you as the engineering princess slash rare animal that you are.

See you in NYC!