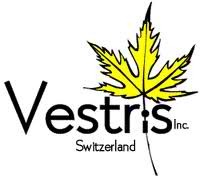 I had a software company called Vestris Inc. in late nineties, incorporated in the BVI. I was 20, had no idea what I was doing, and improvised a lot. I started with a bunch of shareware: XReplace-32 was probably the most successful. I also had a classmate collaborating on a search engine called Alkaline, which made quite a bit of money. The cash was collected from a Swiss bank in Geneva in-person. We sold in 40 countries to thousands of satisfied customers. For enterprise clients I wrote invoices and contracts out of my tiny apartment and we had a phone number, a fax and a voicemail for 24h support. The latter was run by a fake person, Alla Klein. Nobody ever saw Alla, but she was very much in charge.

This combination made Alla our number one employee. In fact, she was regularly cited by customers that communicated with sales as one of the most competent support people that they ever had to interact with. She was also asked on a couple of dates. True story.