I had the pleasure of interviewing two New York techies, Serkan Piantino of Facebook and Ken Little of Tumblr, at QConNY a couple of months ago. We mostly discussed large scale infrastructure. There’re a lot of common themes here, with the emphasis on keeping things simple. 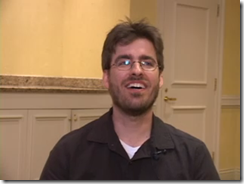