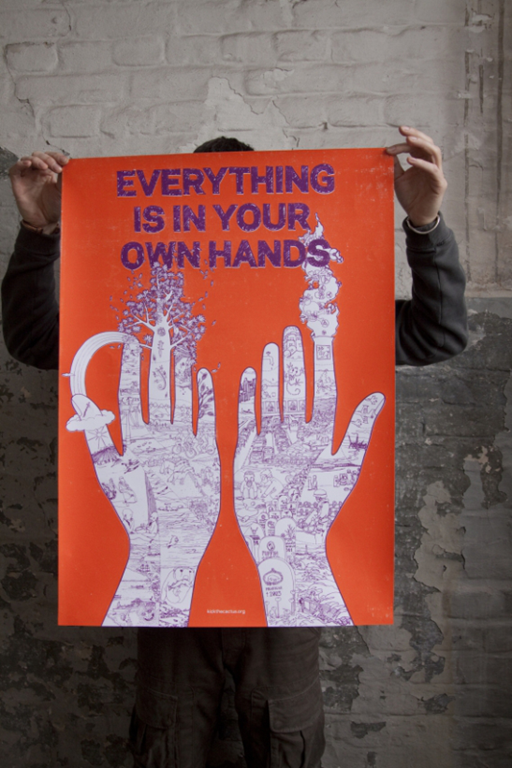 Recruiting is broken and a plethora of startups are attempting to fix it with better mouse traps, in which you, the magical engineering unicorn that everybody wants, continue being a mouse. Trapped. The basic problem is the same: no matter what recruiters tell you, however genuinely helpful they try to be, they don’t have your best interest at heart, except in a single case where you want to maximize your money. More on that in the final words of this post.

Engineering doesn’t happen in a vacuum behind closed doors anymore. Deliberately maintaining long lasting relationships with other technologists is part of your job.

My first contacts were made with people I went to college with or worked with in the 90s. I have great friends in Seattle and San Francisco and amongst those I hung out with after moving to New York ten years ago. I made some amazing connections through open-source coordination work on popular projects such as JNA or Grape.

For me, being deliberate about building industry relationships means that in every conference, event or social function I set myself the objective of meeting and establishing a contact with just one single peer who I respect for technical achievement and who is currently or often be in a hiring manager position. I’ve invited all these people to visit me during work hours, showed them what we’re working on and often bought them coffee at La Colombe around the corner. It’s amazing to brainstorm with these smart technologists, so I get a ton out of it. I’m booked almost every early afternoon for the sole purpose of meeting people.

I don’t want anything from these connections except an opportunity to learn from them and to refer engineers to them.

When I worked at Microsoft my manager used to talk about an “open door policy”. Everyone literally had a small personal office and keeping the door open meant allowing anyone to walk in and talk to you. Today I still keep a wide open virtual door.

I’ve written several blog posts that have gone viral, including Your Commute is Killing You, Move to New York, followed by Moving to New York? A Guide for Software Engineers and even a more comical Sitting is Killing You? Move to New York. (You get the idea – move to New York!) Since then I’ve received hundreds of emails and have invited countless engineers to visit me at work. A disproportionate amount of these are talented developers stuck in a cubicle working for the BORG or generally unhappy with their current situation. But more than a new job, they want a first, personal, connection to the New York startup scene. Someone helped me with this a long time ago – I owe it to them to return the favor.

I’ve offered at least 3 personal connections to every one of these engineers visiting me. I’ve directed others to NYTM and offered more personal help if cold connections failed. I’ve hooked up people with startup CEOs running tiny teams at GeneralAssemb.ly where we used to have our office and that was my entry in the NYC startup scene, engineering managers that are actively hiring at other NYC startups or other technologists with similar technical interests at large.

I don’t want anything from these referrals except an opportunity to help them. I am very emotionally attached to New York and helping a single engineer helps the NYC tech scene rise.

I am a connector. I take the left hand side of my relationships with hiring technologists and the right hand side of my connections with engineers and make introductions between the two. I don’t necessarily enjoy being part of their conversation and I have no incentive other than helping the two individuals involved. I am a recruiter, the kind you actually want, because I have your interest at heart. I once read an article that said that casual professional acquaintances are much more likely to help you find a new job than your close friends – I am that acquaintance.

If all engineers in a similar position to mine became recruiters, the first reaction of someone looking for a job would not be to post their resume online or update their LinkedIn profile and get spammed. It would be to quietly reach out to 3 people, which would make 9 direct connections, which is plenty to get a good view at what’s going on in your city right now with job opportunities in your industry, line up a few interviews and land your next gig.

So what are actual recruiters good for?

There’s always an exception to the rule. Some engineers just want the best paying job possible, anywhere. They will compromise on the excitement, the interesting project or the view. While I may have your happiness at heart I probably don’t have as much stake in your financial interests. So by all means use a recruiter who will do their best to maximize your money. A good recruiter is like a salesman and will negotiate your pay to get a nice 25% cut of your yearly salary when you get hired. To every connector I recommend establishing a business relationship with a single professional recruiter you have used in the past and that you trust not to screw you or the candidate over. Recommending a good established recruiter to a candidate that wants it is good for our industry. This will force natural selection and help weed bad recruiters out of the system.

For Those That Love Lists

It’s obvious. When was the last time you did this? Fixing recruiting is in your own hands.