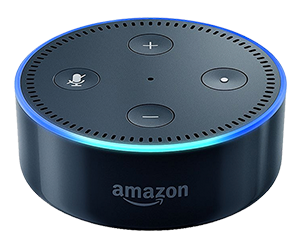 You may have seen my previous posts on Bringing Artsy to Amazon Echo and Hacking on Multiple Alexas.

I found the Amazon JavaScript ecosystem around Alexa too terse and the independent efforts to address that somewhat spread out, despite some excellent open-source libraries, such as alexa-app. Over the past couple of weeks I tried to help out by creating a home for the many Alexa Javascript projects. The new home for these is github.com/alexa-js and the many library maintainers have kindly agreed to move their projects into it.

The new organization reduces bus factor, but doesn’t impose any kind of structure. Having these libraries in one place helps visibility and has already paid off with such examples as Tejas contributing almost full test coverage and lots of bug fixes into alexa-app-server via alexa-app-server#32 and alexa-app-server#34.

I encourage you to move projects into the alexa-js org if they fit. Just open an issue in your own repo like this one, cc-ing @dblock. This enables continuity when you decide that you no longer want to be involved in your project. It also allows project maintainers (you) to designate other project maintainers, something you cannot currently do on a personal project on Github, effectively requiring followers to fork the project in case you disappear.

This effort is not sponsored or affiliated with Amazon in any way, of course.