A Curriculum for Teaching how to Solve a 3x3 Rubik's Cube

I’ve taught many people, including my 8yo and a whole bunch of co-workers, how to solve a Rubik’s Cube. Since then, he has claimed @rubikscubegod on Instagram and Youtube, and him and I recorded a tutorial video. In the video we use this 1-pager. Print yourself a copy.

Most can figure out how to solve one side and even the first row by themselves. Then it gets harder.

Teach how to solve one side, starting with a cross (the +) and then doing edges.

I let my students practice on their own, until they can easily solve one side.

I typically bring a piece down from the top row, rotate it towards its destination, overshoot by one, then bring the piece occupying the target position down and rotate everything backwards.

I let my students practice on their own, until they can have one full side and all the T’s.

Place the cube “opposite” to its destination and follow the following algorithm. There’re two versions, from left-to-right and from right-to-left.

Flip the cube and look at the unsolved bottom patterns and apply one of the following algorithms. 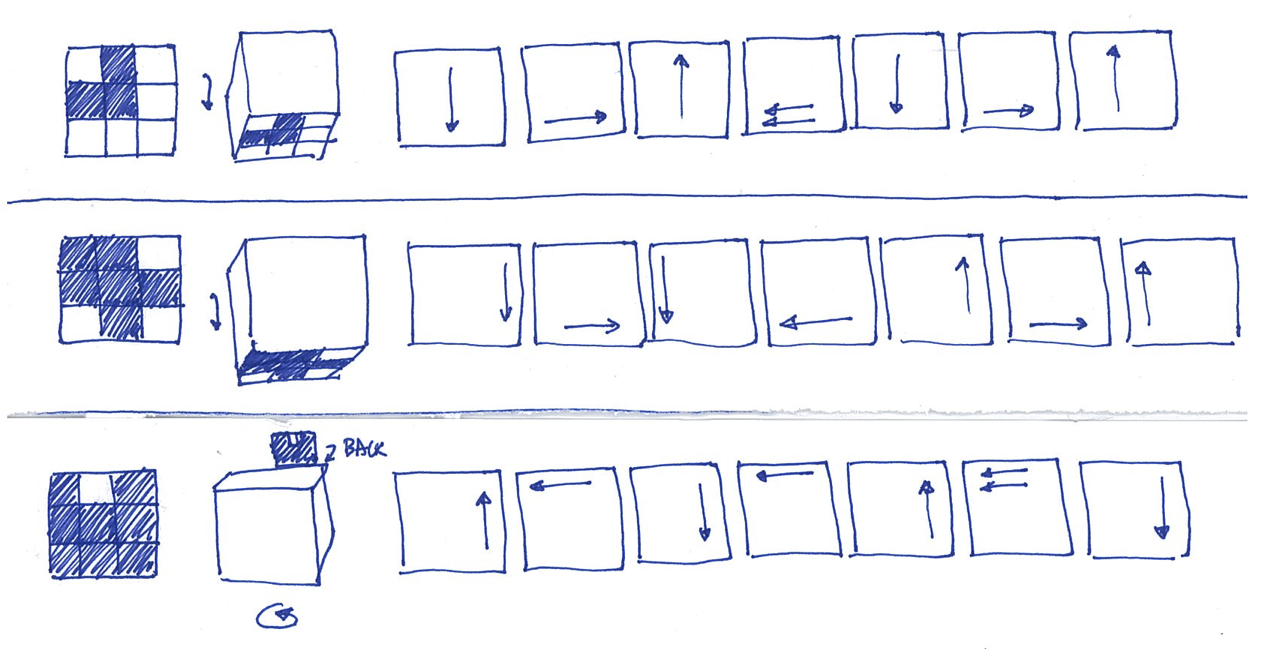 If you get stuck, try the “tower” algorithm.

When the cube is almost solved, place the full sides on the bottom and on the right and apply the following algorithm to rotate the last 3 cubes.

Print out my 1-pager with the above instructions starting from the second row! Hand them out.