Update: I wrote a longer article, “What “S’Up”? Using Triads to Develop Tribal Leadership” on the Artsy Medium blog about this.

The most valuable relationships are not made of two people, they’re made of three. A third person will always stabilize and grow the relationship between the other two. It’s called a triad, and the more you create, the stronger your network.

I was introduced to S’Up, short for “standup”, between three randomly selected people at Artsy. Every time I met 3 of my colleagues, especially those who didn’t work on my team, I came out with incredible insights. We organized those meetings manually, then Ilya Kavalerov automated the process by creating a web app. Today I am launching S’Up for Slack Teams.

This bot passively generates fresh triads of company members to meet every week in a S’Up. 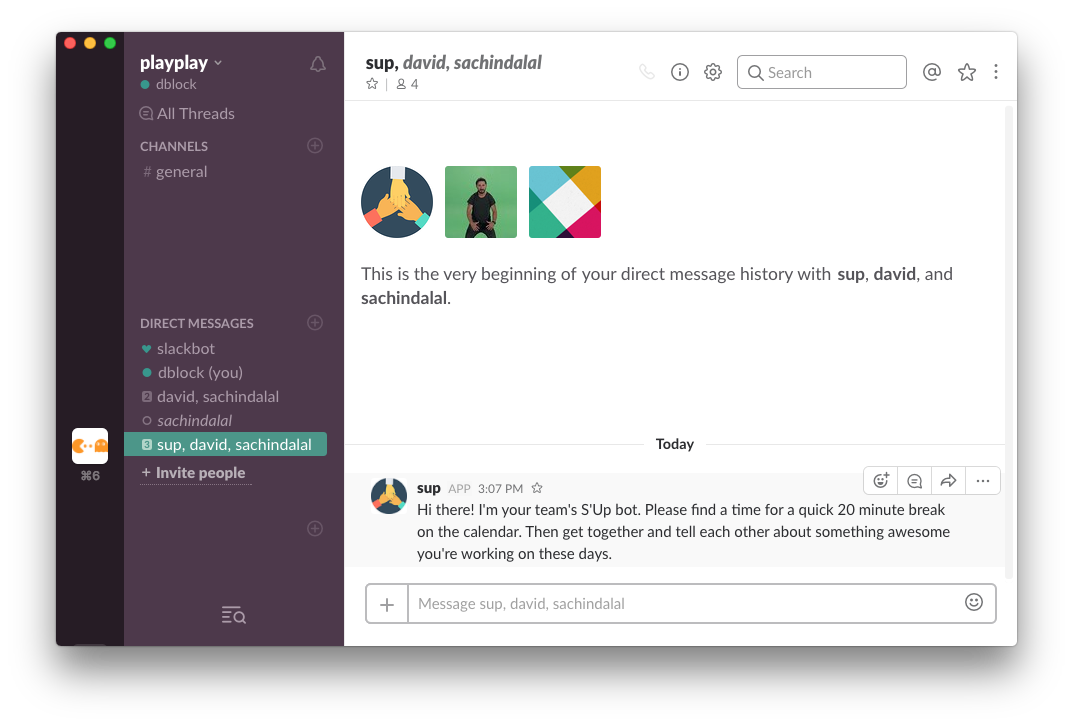 S’Up will then ask whether you met and keep track, a few days later.

The bot us written in Ruby, is open-source and is available at sup.playplay.io as a paid service to cover the costs of hosting. A small price to pay for increased communication in your growing organization!